Understanding how pyramid schemes work and 3 ways to detect them

Your acquaintance from high school has messaged you on Facebook trying to sell you an educational course or maybe a cosmetic product, offering you a chance to do what they do and get rich in a few years. You turn off your read receipts and ignore the message because it’s clearly a pyramid scheme, and it’s clearly illegal.

What is a pyramid scheme?

A pyramid scheme, also known as a chain referral fraud or franchise fraud, is an illegal network marketing business model that prioritizes recruitment over the sale of any product. “Your income will depend entirely on your success in bringing in other people behind you,” says Robert FitzPatrick, president of Pyramid Scheme Alert and author of “Ponzinomics: The Untold Story of Multi-Level Marketing.”

True to its name, these schemes are structured like pyramids. At the very top, sits the operator of the pyramid scheme who recruits distributors, who often have to pay a fee for the right to join what they believe to be a legitimate business. These distributors buy inventory, often merchandise with no inherent value, from the operator at high prices, so they aren’t making much from the sale itself unless you can reach certain, often unattainable sales quotas.

Essentially, the main source of their compensation comes from recruiting other distributors. When you recruit someone successfully, you get a portion of their entry fee and you can offload your inventory onto these new distributors. New distributors, faced with the same problems, are incentivized to continue the chain and recruit new members.

This creates an unsustainable cycle as the pool of willing participants dry up. If you were to recruit five people to a scheme, and each person you recruited also recruited five people, “you can only go 14 levels, and you pass the population of the human race on Earth,” FitzPatrick says. “You don’t wait till the population of Earth is saturated, to say, ‘Oh, gee, those last ones wouldn’t have anybody to recruit.'”

Without a statute, pyramid schemes are usually prosecuted under investment fraud or deceptive trade practices. Most states have their own pyramid scheme laws, which offer more iron-clad specifications. However, the FTC has laid some groundwork in addressing these two questions in two landmark cases they prosecuted in the ’70s: Koscot Interplanetary and Amway Corporation.

Two indicators of a pyramid scheme: In 1972, the FTC filed a lawsuit against Koscot Interplanetary, a multi-level marketing cosmetic company. Koscot was charging $2,000 for the role of “supervisor” in addition to a $5,400 charge for merchandise that these supervisors were supposed to sell.

The FTC identified two criteria that made Koscot a pyramid scheme: distributors had to pay for the right to sell merchandise, known as a “headhunting fee” and they received rewards for recruiting other participants completely separate from the sale of products.

How pyramid schemes differ from MLMs: A few years later in 1979, another landmark case, this time against Amway Corporation, resulted in two unofficial rules that an MLM could follow to avoid being classified as a pyramid scheme: the 10 Retail Customer Rule and the 70% Rule.

Amway’s business model had top distributors buying their supply directly from Amway, who then sold their products to end-users as well as the distributors they recruited. The more distributors you recruit, the easier it is to sell your own products and hit your quota for monthly bonuses, which heavily incentivizes recruitment.

The FTC found that Amway made deceptive claims when recruiting distributors, but stopped short at calling Amway a pyramid scheme because the FTC determined that certain policies sufficiently encouraged end-user sale over recruitment. For one, there was no headhunting fee like Koscot required.

Amway also sufficiently encouraged end-user sales by requiring that distributors make an end-user sale to 10 separate customers to be eligible for a monthly bonus. Distributors were also required to buy back any merchandise that their recruits bought from them upon request. Additionally, distributors also have to sell or consume 70% of the inventory they purchased to receive a bonus, which prevents distributors from accumulating too much merchandise just to hit certain quotas.

Both the 10 Retail Customer Rule and the 70% Rule have become widespread business practices among MLMs to avoid being labeled a pyramid scheme by the FTC. “If Amway was legal, then after that every other multilevel marketing company on Earth said ‘We operate like Amway,'” FitzPatrick says.

Note: It’s important to remember that these rules are not set in stone anywhere. They’re just precedents.

How to detect a pyramid scheme

Joining costs you money: The most blatant characteristic of a pyramid scheme is that you’ll have to pay a fee to gain the right to sell whatever a company is offering, either to the company itself or to whoever recruits you.

An MLM follows the endless chain model and prioritizes recruiting: Regardless of what the MLM claims, if you find that there’s more incentive to recruit new members than sell your inventory, there’s a good chance that MLM leans more heavily towards a pyramid scheme than a legitimate business.

Climbing the company ladder comes from recruitment, not appointment: Normally, a promotion in a company is a deliberate decision made by an individual or a group of people. However, in a pyramid scheme, you move further up the ladder by adding to the number of people below you.

Even if the MLM you signed up for is legally not a pyramid scheme, there’s a good likelihood that you are going to lose money or break even than make money. A 2018 AARP report found that 25% of MLM participants made a profit. Meanwhile 27% of participants broke even, leaving 47% with losses. In most cases, it’s better to just avoid this system altogether.

Ponzi schemes are similar in structure to pyramid schemes, specifically its use of the endless chain model. Both schemes also come with huge promises on the type of returns their victims will see down the line. Ponzi schemes promise high returns with little risk while pyramid schemes offer a steady, passive income from people they recruit.

On the other hand, the legal line between an illegal pyramid scheme and completely legal MLM is nebulous, even with precedents set. MLM participants are usually left on their own to solicit sales or recruitment, so if they fail and lose money, an MLM can chalk it up to the individual participant’s failures instead of any structural problems with the scheme. “You didn’t get conned. No, you just failed at business,” FitzPatrick says. 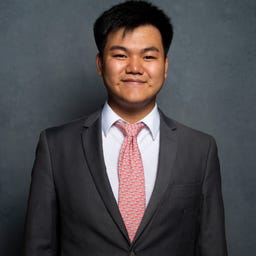 Paul Kim
Paul Kim is a Personal Finance fellow at Insider where he writes explainers and how tos that help readers understand how to better manage their money. A recent NYU graduate, Paul has spent the majority of his journalism career at his student-